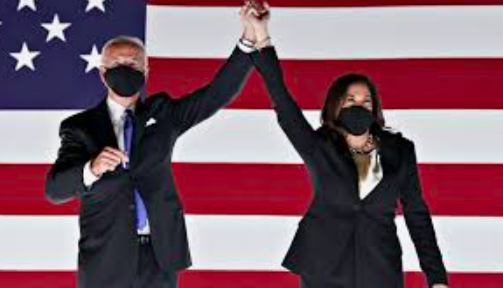 Twenty-nine years ago, on a Monday morning, at 8:07am, on January, 20, 1992 Anne was born at Fairfax Hospital, in Virginia. Valentine’s Day was her expected due date but she surprised all by arriving three weeks early. Despite this, she still weighed 8 pounds, 3 ounces and was 19 inches long. Her dad and mom named her after her dad’s dad’s mother, her great-grandmother. The first Anne McGreevey Donnelly was a strong Democratic political force in the Ohio State legislature, serving for five terms. She must have been lookin gdown from above with a smile on her face as Anne arrived in the world on this political-related holiday – Inauguration Day!

Anne’s 1st birthday lent itself to a family red-white-and-blue Inaugural-theme birthday party! The prior eight years were not celebratory years for her Democratic voting family. The White House then was occupied by Republican President George H. W. Bush. But now, as she turned one, her country was celebrating the swearing in of Democratic President Bill Clinton and Vice President Al Gore. Her namesake was again cheering from above along with her family in Del Ray, Alexandria, VA. To ensure a festive party outfit, Anne’s mom made a special trip into Georgetown to visit a shop that was selling all things inaugural. She purchased matching t-shirt for Anne and her older sister, Bridgit, to wear. Each white shirt had the presidential blue and red logo across the front, honoring the new leaders of the USA. Her Aunt Patti came to the party, wearing her Clinton/ Gore sweatersirt. She was happy to celebrate with Anne and even happier that all her community organizing had paid off to elect a democratic team to the White House. A Baskin Robbins ice cream cake was purchased with “Happy Birthday Anne” lettering formed in red frosting and trimmed with blue piping. Her godmother, Susan, looked on as Anne blew out the one candle, and big sister, Bridgit, was on-the-ready to assist if needed. Afterwards, Anne relaxed on her dad’s lap, looking so festive in her birthday-themed shirt!

Eight years later, the Republicans won back the White House. Needless to say, her Democratic-leaning family refrained from throwing Anne an Inauguration party in 2001 or in 2005. Instead, a new theme was needed. Ice skating was picked one year. Anne dressed warmly in her purple L.L.Bean winter coat with matching scarf and hat and metroed with friends to the National Gallery of Art’s Sculpture Garden’s ice rink. After lots of glided around the rink, all enjoyed cupcakes and pizza afterwards at Ballston Mall with the birthday girl.

Then in 2009, another Inauguration-themed birthday party did occurred for Anne. Though there are no photos to prove it, ALL remember her 17th birthday so well. It was January 20, 2009 and President Obama was inaugurated as the 44th President of the United States. Anne’s friends met at her house in the early morning. All were wearing red, white and blue hats, scarves, and gloves, along with their winter coats zipped up over long johns, turtle necks and sweathers. Boy, was it a cold day and because the plan was to be outside all day long , the birthday group dressed for it. They headed downtown on foot, first walking the one mile to the Ballston Metro. They joined a crowded subway platform as so many had the same idea, tp be on the downtown Mall and watch Barack Obama and Joe Biden be swore in as President and Vice President.

Anne’s group made it only as far as a jumbo-tron next to the Washington Monument. They stood shoulder to shoulder amongst a friendly crowd of mostly families. Everything happening just a mile away, at the opposite end of the Mall on the steps of the Capitol, was seen and heard by Anne and her friends. The lovely classical piece played by the quartet, led by Yo-Yo Ma, and Aretha Franklin, in her awesome hat, singing My Country Tis of Thee were perfect musical tributes. Then at 12 noon, the first African American man took the oath of office and become the 44th President of the United States. The crowd erupted chanting “Yes We Can”. What a great way to celebrate a 17th birthday!

Tomorrow is Anne’s 29th birthday. Thanks to 81 million American voters, her party theme can once again be a Democratic-inspired Inauguration party. However, a repeat of 2009 won’t occur. One reason is that Anne now lives in Toulouse, France. But a more complicated reason is that sadly, due to unprecidented events, the Mall is closed. The Capitol and its surrounding 2-mile radius is now surrounded by fencing and the National Guard. Anne’s namesake must surely be turning in her grave. However, Anne, her family and friends will still be wearing red-white and blue and watching on a screen as they sit safely at home. A glass will be raised to offer a toast to President Joe Biden. A glass will be raised to offer a toast to Vice President Kamala Harris, the first women Vice President.

And all of Anne’s family and friend will surely raise a glass to ANNE!!