“What is that?” I interrupted my daughter who was telling me about her new job as we took a walk in her new Brooklyn neighborhood. I was pointing to the playing field across the street at Prospect Park. And I was thinking,  That is the craziest sport I had ever seen.” 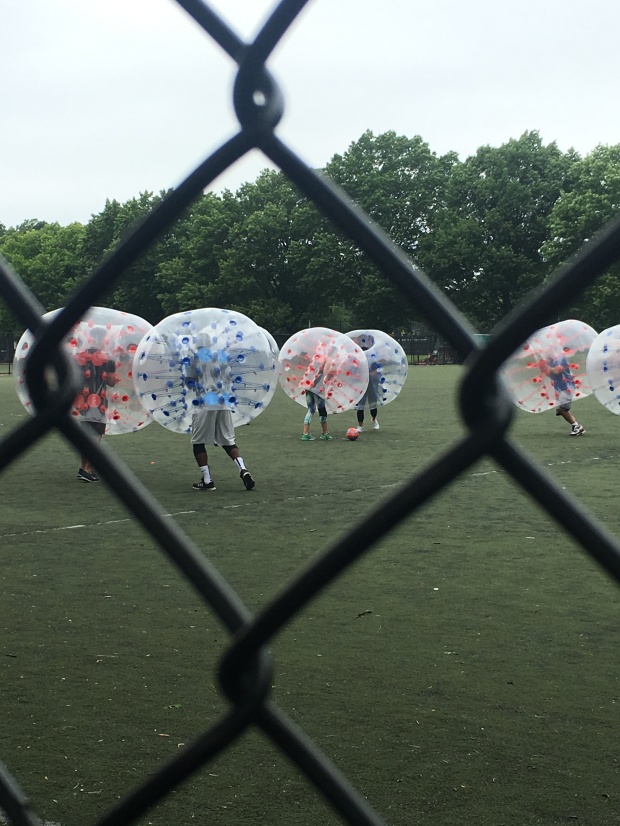 Similar to a soccer game – 2 teams, 2 goals, 2 refs, and a ball. Yet, so crazy looking with the players moving inside a giant bubble! “Who thinks up this kind of stuff up?”

I showed my husband this picture once I returned home and his curiosity led him to send me an email from work on Monday that read:

Turns out it’s a thing.  You have to watch this video:  Soccer is even more fun in a bubble

When I forwarded his email with my daughter, she replied with this email:

Check it out: http://bubbleballsoccernyc.com/    Pick-up games are $65 PER PERSON!
Now that I discovered a new sport called Bubble Soccer, any takers to join the next pick-up game?? I know where we can find one in Brooklyn!! Or maybe we all start a league in our hometown!